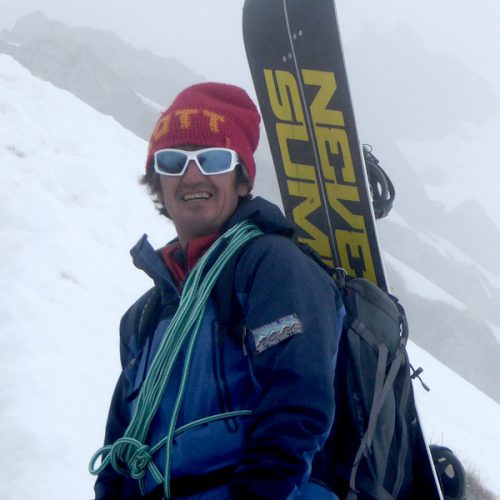 Jean-Yves is a French alpiniste, mountaineer and paraglider . Going by the nickname of Blutch he is famous for his first ascents, paragliding expeditions and his knowledge of the Alps and worldwide splitboarding destinations.

Originally from the mountainous Vosges department in Eastern France Jean-Yves settled in the Abondance valley – the ‘true home of Alpinism’ well over 20 years ago and has been leading Rider Social splitboard trips for the past 7 years.

You will find him honoured in the revered UIAGM guides ‘hall of fame’ at the top of the Aiguille du Midi in Chamonix for opening a new route on a face of the iconic Drus in 2007.

In 2009 he was part of a 3 man crew to open a new route on the north face of the Matterhorn – the Sébastien Gay route. 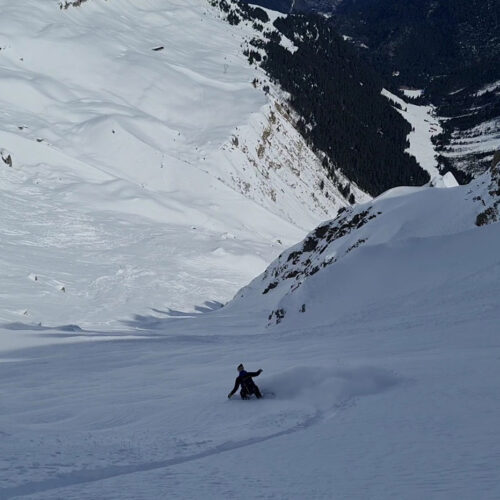 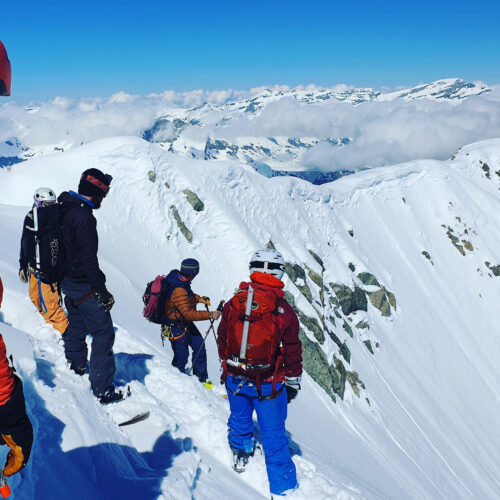 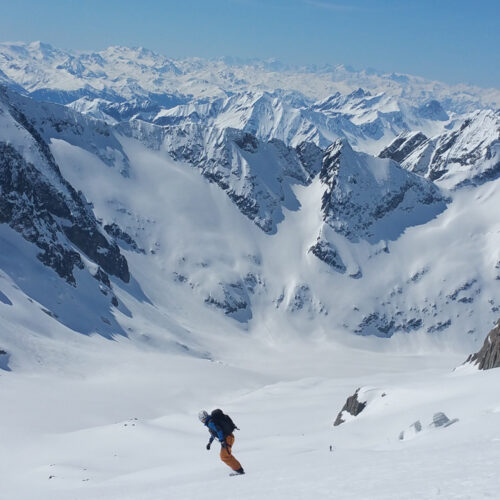 "A cult following amongst regular guests"

During 2011 he chained the big three Northern faces of the Alps: the Grandes Jorasses, the Matterhorn and the Eiger by foot and paraglider. Steep skiing is another passion.

His love of flying has recently seen him become the first paragliding pilot to successfully cross the Himalayas. From Tajikistan to Nepal, Jean-Yves flew a solo bivouac flight which was completed in 2016. The subsequent film ‘Blutch’ and book ‘Flight over the Himalayas ‘ has won many awards and garnered critical acclaim.

He is a truly fascinating man to be around with a seemingly unlimited knowledge of the mountains. His ability to find untracked powder in little known spots has seen him become one of the most sought after guides in France.

If you are lucky enough to get on a splitboard trip for the ‘Jean-Yves Experience’ you’ll understand why he has such a cult following amongst our regular guests.